The final end of an era

Today saw the death of Bob Appleyard, a genuinely high-class Yorkshire bowler of the 1950s – a decade that saw England possess its strongest bowling attack at least since Tom Richardson and J.T. Hearne were in their prime from 1893 to 1897.

Appleyard had a short career due to illness, playing at his peak for the equivalent of only three seasons, but amidst more competition than ever he still managed to play nine Tests between 1954 and 1956, in which he averaged a mere 17.87 runs per wicket – a marginally flattering figure from bowling against the weak New Zealand batsmen in 1955 and taking four for seven in the lowest total in Test cricket history – 26 all out. Appleyard began as a fast-medium bowler with a deadly break-back, but from 1954 he turned to off-spin whilst retaining his seam bowler’s action. He was the size of a front-row forward and this solid build not doubt allowed him to do the work he did in 1951, when Appleyard achieved the astonishing feat of taking 200 wickets in his first full season and won a ‘Cricketer of the Year’ nomination from Wisden.

In 1952 and 1953 Appleyard played just one match owing to illness and there were no expectations he would play again, but in the spring of 1954 he returned and again headed the first-class averages.

Since Alf Gover died in 2001, Appleyard has stood as the sole survivor of the 200 wickets in a season club. The feat was once common (there were twenty-eight cases by ten different bowlers between 1923 and 1937) but after 1938 it gradually became impossible even before the reduction in first-class cricket in 1969. With the 55-overs new ball rule and covering of pitches, negative seam bowling took over from the enterprising spin of the 1920s, 1930s and 1940s. Captains saw that spinners were much easier to hit than fast bowlers who pitched short, whilst with increasing taxes as the workers made gains in England’s class war, schools and their students found spin too difficult and unaffordable to bowl. As more and more private income was taxed to pacify the working and welfare classes, it became more essential to gain income earlier in life and tougher to apprentice into adulthood for long-lasting jobs, as county spin bowlers did previously. This is especially true when one sees that earnings of old English spin bowlers to fund post-career years began during their thirties – mastering this art took that long.

The consequence of the reduction in spin bowling was and is that first-class cricket has become entirely a parasite on limited-overs and latterly 20/20 cricket. The requirements of the shorter forms of the game for economical bowling absolutely exclude the styles of play capable of making first-class cricket self-supporting. First-class cricket has been able to support itself from gate money without patronage or subsidies from limited-overs cricket when and only when there has been near-complete reliance on attacking spin bowlers, as found in late 1940s England, 1950s to 1970s India, and 1930s Australia. The trouble is that, under most conditions of pitch preparation, these spin bowlers are ineffective at winning international matches, whereas crowd-repelling fast bowlers are extremely effective. The general belief that making conditions easier for batsmen will improve crowds has proved a constant failure because it has encouraged defensive bowling – and crowd figures show that there is no more certain way to keep spectators from first-class cricket than defensive medium-fast seam bowling or intimidatory fast bowling.

The conditions under which this problem can be mitigated seem to be very restrictive and never permanent – England in the 1900s, Australia in the 1920s and 1930s, and the subcontinent throughout the 1950s to 1970s did manage to achieve this and gain large profits from the longer forms of cricket. Sustaining it under modern political conditions may be quite impossible, but I have gathered a sense that first-class cricket is critically different from either shorter forms of the game (even perhaps to its modern version subsidised thereby) or (other) Enriched World team sports. This is because it depends much less on short-term athleticism (like soccer or basketball or gridiron or ice hockey) and more upon dexterous skill or upon endurance. This difference is substantially lost with limited-overs cricket, which depends so much on athletic fielding to keep runs down.
on Tuesday, March 17, 2015 No comments:

A remarkable feat – two lists with no common members but a common conspicuous absentee?? 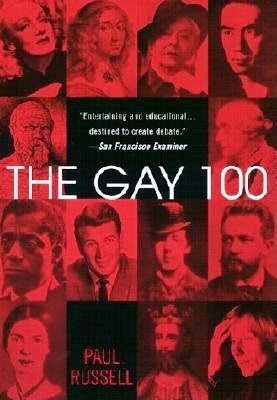 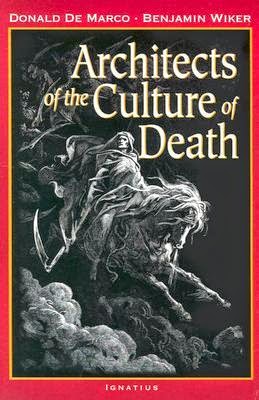 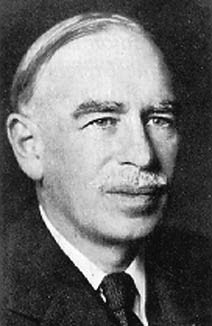 Tonight as I was waiting for a Chinese meal for me and my mother – waiting too long as it turned out – I had a look in the old Hares and Hyenas homosexual bookshop that I had on-and-off read from my adolescence in Fitzroy (when it was based in Smith Street). Whilst I looked for books that might tell interesting stories I focused on one book I do recall vaguely hearing about called The Gay 100, and looked thoroughly through it.

Whilst, when I read more, The Gay 100 proved terribly flawed and over-speculative, I was struck by the fact that it had one thing in common with Benjamin Wiker and Don DeMarco’s better-written but much less palatable (probably not so if you live in outer-suburban Australia) Architects of the Culture of Death.

This is that John Maynard Keynes stands as the most conspicuous omission from both books upon my reading of them! What makes this remarkable is that none of The Gay 100 is listed by DeMarco and Wiker as among the “architects of the culture of death” (it is true that Margaret Mead, Jean-Pau Sartre and Simone de Beauvior are mentioned by Paul Russell in his text).

How likely is it, do you think, that two lists with no common members could have a common “biggest omission”?? It struck me so clearly when I was in Hares and Hyenas as to make me reflect all night, and I have not thought of an answer.
on Friday, March 13, 2015 1 comment: