The future from two new perspectives

According to Rod Dreher and Walter Russell Mead, these are the most important messages from the current economic meltdown:
The justification given by Mead, I must say, is fairly weak. He does cite that the protests are coming from the conservative Tea Party movement, supported by well-known libertarian Ron Paul, rather than from left-wing groups. However, this may be a reflection of a growing divide, as I have been predicting for a long time, between Australia on one hand and the rest of the developed world (and indeed most developing nations) on the other.

In the case of Australia, I am far from sure that these are the lessons to be learned. Whilst Australia has fared, owing to its monopoly of mineral resources, fairly well, its appalling greenhouse emissions could mean disastrous consequences at least in the long term. 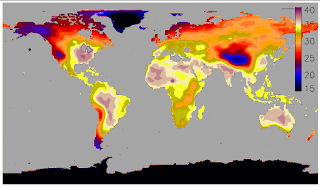 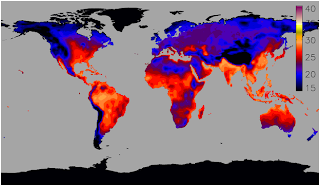 Under these conditions, what Australia may face in the future needs first of all to be taught to the energy-guzzling suburbs who are the largest per capita emitters of greenhouse gases in the world.

It is time that these findings are printed – even if doing so involves fights with editors - in every local newspaper in growing car-dependent suburbs of Melbourne and Adelaide especially.
on Wednesday, May 26, 2010 No comments:

On Tuesday, when I was travelling southwards on the 55 tram in an effort to get from the Debaters Association of Victoria office in Flemington Road to my home in Carlton, I began a talk with another young man on the tram as it went down Peel Street - a road that my mother told me was infamous for its brothels.

Although I knew I would have to leave the tram at Bourke Street to take the 96 tram home, I spoke to the man whilst I had time about the weather. This, unacceptable as it is, is very normal for me whilst travelling on trams. However, when the tram reached around the southern end of Peel Street and moved into William Street, something quite new to me happened.

For a long time I have used a mobile telephone with a break in the front cover due to a temper tantrum. I have rarely thought about replacing it but know that a replacement would be valuable in case the crack should worsen. Thus, when the man I was talking to offered me a mobile phone with such features as a camera for $40, I was only willing to buy it whilst still on the tram.

Though the man promised to sell the phone for $40, I found that he could not give me the $10 back before I had to leave the tram. Because I though I was getting a good deal even knowing I would have to pay for a charger, I accepted anyway.

However, upon trying the telephone for the first time, I was in for a series of rude shocks. When I first placed my SIM card in the phone, it said that it was locked. I told my mother and brother, and they said that I had bought a stolen mobile - though the person I bought it from on the tram said he was merely offering me one he intended to replace.

Because of concern for my finances, I asked first about dealing with the code necessary to use the mobile, and found it would cost $27 - a sum I was by Thursday quite clearly willing to pay to salvage something from what I was worried was a case of me being duped.

I therefore went today to the Telstra shop in the city, and took the phone to pay the $27 to have it unlocked so that a Telstra phone could use a Vodafone card. I checked a number from one of my half-sisters, but several times I found that there were “call restrictions on your Vodafone mobile”. After a while, the phone shop salesman told me that the locking on the phone had been removed and that I had to go to a Vodafone place. Thankfully there was one over the road - indeed I was highly familiar with it - and I told the person there the problem. For the next half-an-hour, I watched them try to unlock the blockages on my Telstra mobile - and saw again and again that there were no blockages on either SIM card. I was told time and time again to switch on and off the phone I had bought - and nothing changed. It always said “please check the call restrictions on your Vodafone mobile phone”. Eventually the people in the Vodafone shop realised the the IMEI number of the mobile I had bought on Tuesday was blocked: thus I went back over the road into the Telstra show to see if they could unblock it.

Unfortunately, unlike SIM card numbers, IMEI numbers cannot be freely unblocked by a shop at a customer’s will. Because I had not record whom I had bought the Telstra phone from on Tuesday, I did not know who controlled access to it.

I therefore realised what my mother and brother suspected all along: that I really had been duped into buying a mobile that was not the seller’s, but had been stolen.

As a child, I did learn that buying stolen goods is regarded as a crime, but it was not until this episode that I realised people generally steal things
As a result, I went to a familiar city police station to hand in the phone and tell them the story of how I came to buy a stolen mobile. The policewoman, called Marianne, was very helpful even though my mother was upset I waited so long to discuss the issue and to recall what happened when I was duped into buying the stolen mobile. It is a pity I recalled nothing of the appearance of the man from whom I bought the phone - in contrast to the time and place of the incident which I recalled excellently. Although I have little hope that the person who stole the phone and sold it to me can be found, Marianne and I both feel we did the right thing handing the phone in.
on Saturday, May 22, 2010 No comments:

Global warming will be worse even that we think

According to this article in Green Left Weekly, the South Australian government is going to support a coal gasification project for the desertified northern agricultural regions of South Australia.

Underground coal gasification is a technique used to create fuels akin to natural gas from large coal seams too deep to be profitably mined. It has already been developed in Uzbekistan, but the plan near the town of Orroroo is the first example from a non-Muslim nation.

What Renfrey Clarke demonstrates is that underground coal gasification is extremely greenhouse-intensive and likely to eliminate entirely pressure for improved fuel efficiency in cars in Australia. Greenhouse-spewing four-wheel-drive vehicles will become even more the dominant mode of transport for cities that sprawl over even vaster deserts than Phoenix or Tucson ever have or will – and quite likely a more arid desert than Arizona, too.

The message Green Left Weekly give is dreadful. One must despair that the nation requiring incomparably the world’s lowest per capita greenhouse emissions has and always will have the highest. Nonetheless, the simple truth is that brains that could develop renewable energy have been drawn like a magnet from Australia by the surfeit of exceptionally cheap fossil fuels and land, whilst tightly-bound families have been driven away from countries ecologically able to support far larger populations by greater housing space and cheap electricity and cars.

This is one thing that Green Left Weekly – just as much as the other side of politics exemplified by Human Events and suburban Australia – have no hope of grasping. They (both) are wedded to the cultures where they originated, and have no experience of the possibilities offered by different ways of doing things. The result is that they – just as much as Human Events do with Europe, Canada and New Zealand – hope for culturally and economically impossible outcomes, no matter how desirable they stand ecologically. How the immense majority prefer this low-quality, slow-paced, limited-choice lifestyle to the high-quality, mass transit-based, hectic, “big choice” lifestyle the free market gives to Europe and East Asia is only grasped by specialised economists. Sensitive feeling types simply cannot handle this fast pace or crowding, so they are drawn to Australia and Red America in huge numbers to escape it. These same economists can and do show the intellectual thinking types who support journals like Green Left Weekly as elitist in the extreme and having no knowledge of what Australia’s masses want – or at all events want most.

That the gap between Australian emissions and European or East Asian one will grow and grow there is, with the discovery of underground coal gasification, no doubt at all.

That families will be lured to sprawling desert cities in Australia and away from the more pleasant (even for the migrants themselves) and ecologically more sustainable climates of Europe, Canada and New Zealand there is equally little doubt.
on Monday, May 10, 2010 No comments:

At Rogers Results, there is a short site on drawn games in the V/AFL.

Of these eighty-nine scores:
This confirms to the general pattern of goals score in drawn games. The difference is goals between two sides drawing a game is 0 or 1 with very nearly equal frequency, whilst the nine matches drawn where the difference in goals scored was greater than one stand as very major scoring oddities.
on Sunday, May 09, 2010 No comments: