The best bookshops - one hopes they’re not a dying breed

Today - or yesterday since I am writing this so near midnight as I hopelessly failed to get to bed last night before 4:00 proper - I have found a list of the best bookshops I have ever seen from Lonely Planet. I really hope bookshops survive the e-book revolution since I have a strong romantic love for books and CDs that I enjoyed in my childhood, but I am not optimistic judging by the news on this topic that has arrived lately. (Paper will still be in demand even if print books become obsolete for such uses as 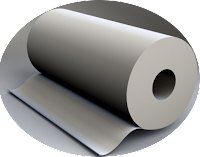 paper towelling, which when dealing with coffee and similar stains is totally indispensable since cloth cannot be washed). Often I feel that change makes things slip away from me and I continue to look for books in print - preferably early hardcover editions like one of Sylvia Townsend Warner’s proto-Wicca

Lolly Willowes that I lent to my half-sister whilst she works in a rehabilitation clinic for her alcohol problems. (To be honest, I feel perhaps I should have done that sort of work when I had really nasty temper tantrums that had me banned from RMIT and Monash when I masturbated in the library, but I do not know what Mummy’s response would have been nor whether I could have done something like that just for violent burst of anger).

In any case, Lonely Planet’s list comperised:
It’s perhaps too bad that although I went to London and Berlin a few summers ago , I never went to either of the bookshops listed and in London came away a little disappointed at what I saw despite buying a couple of good books on my favourite hobby of old county cricket - even something as romantic as old county cricket is being digitised as I collect Wisdens even older than a few years ago I ever dreamed I would.

It’s also a pity in the context of this e-book revolution and my love of old things that secondhand bookstores appear to have been ignored. Strand Books in New York was for me more of a highlight of my trip last summer than even City Lights, which I did visit (and told my brother in reference to the Catholic influence on the Beats that Pope Benedict XVI would be more at home there than in most of the atheistic Pacific Northwest). If what I experienced of England is a guide, there must be a lot of really good secondhand shops there that have many valuable classic books (it is only since he died that I have even looked at my father’s collection) and a list of these would be wonderful - more so than of new bookstores.
on Sunday, November 21, 2010 No comments:

For a long time during the cultural upheavals of the 1960s and 1970s, fantasy and science fiction literature grew a great deal because the younger Silent and Boom Generations wished to imagine different worlds and civilisations from one they regarded as corrupt, even diseased. Although very few of even the most aware music critics spend that much time on the impact it had on the rock world, there does not exist much doubt that science fiction and fantasy novels of various types and viewpoints did make a major impression of many rock bands. The best-known case - and one that I as a cultural commentator do enjoy emphasising because of how it shows the Sixties counterculture different from that of the “punk” and rap revolutions - is that of J.R.R. Tolkien’s The Lord of the Rings on Led Zeppelin and Black Sabbath. Another well-known case is how Ayn Rand influenced Rush’s “2112” (pronounced “twenty one twelve”).

In this context, it is interesting to see that Paste Magazine have published a list of “The 23 Greatest Sci-Fi Songs of All Time”:
Overall, this is a terribly unsatisfying list and not what one would expect from a serious musical expert or an expert on literary fantasy who might well know about its influence on the rock music world. Most of the choices are either too familiar or with very little justification.
on Saturday, November 13, 2010 No comments:

The man who put “three too many letters” dies

On the radio tonight, I was surprised to hear of the death of rock musician James Freud. Most famous for writing the 1985 hit singles “Barbados” and “Out of Mind, Out of Sight” for new wave band The Models, Freud had a long career in rock music beginning with his hit “Modern Girl” with backing band The Radio Stars through his Models years to less successful projects like Beatfish with Mental As Anything’s Martin Plaza.

It is, however, for his last notable project that I came to remember James Freud in the long run. When Tony Lockett kicked his 1300th goal in May of 1999 to beat Gordon Coventry’s record which had stood since the 1930s, Freud with a band called “The Reserves” wrote a song “One Tony Lockett” to pay tribute. “One Tony Lockett” was played on the radio quite widely but spent only one week in the Top 40 at number thirty-nine.

However, being at the time obsessed with the terrible quality of spin bowling in 1980s cricket and how it allowed teams with no proven ability to play against spin bowling of a quality such as Ashley Mallett shows must have existed before the advent of artificial fertilisers (with resultant lush pitches and outfields) and limited-overs cricket and curtailed boundaries (which made the enterprising buy-at-all-costs slow spinner a liability) to dominate world cricket, led me to think quickly that James Freud had written three too many letters in his song, which should have been titled “One Tony Lock” after the great spinner of the 1950s and 1960s.

There really were in 1999 fewer English spinners comparable to Tony Lock than full forwards comparable to Tony Lockett, as shown by how no English spinner in 1998 had taken even 35 first-class wickets - a figure that in the 1950s was often attained by spinners in a few games. Even in 1984, when the supposedly great West Indian sides were at their peak, the standard of spin has declined alarmingly, especially with Underwood - in his last “top-flight” year - banned for touring South Africa. For years I have insisted that if the West Indian sides of the 1980s had had to face spinners of the calibre of Lock and Jim Laker on pitches like those of the 1950s, it would have been another game entirely from the cricket of the 1980s. I cannot imagine any side of that era, experienced only on plastic pitches protected from rain, having the skill required to last against spinners of the calibre of Laker and Lock - as Ashley Mallett said around the time Lock died in 1995, the West Indies failed when pitches took spin against much poorer spinners.
on Thursday, November 04, 2010 No comments: