Today, as I was coming home from Irwin & McLaren in Richmond, I had a look in a Salvation Army store. Although the books to be found therein seldom reach the standards I look for, I still enjoy having looks for old Choose Your Own Adventure books and others from my childhood. Given the nasty verbal fights I have had with my brother and mother over the issue of whether miraculous inedia as claimed of Thèrése Neumann, Marthe Robin and other stigmatists is potentially true, I am always interested to see what was claimed by old editions of the Guinness Book of Records before it stopped publishing fasting records. My brother says this was not because of hounding to accept the records of people like Marthe Robin, Thèrése Neumann, Alexandrina da Costa (thirteen years without food and water except the Eucharist) and Nicholas of Flüe (twenty years without food and water except for monthly Holy Communion). He says more likely – and I have confirmed this since – that it was because Guinness World Records were concerned that people would die if they tried to break established fasting records. When I think of how many people have died trying to break the World Water Speed Record since it was set by 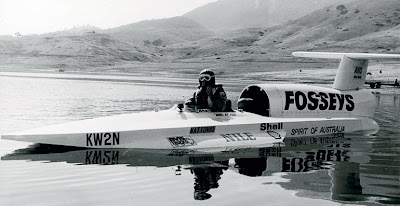 Spirit of Australia in 1978, I find Guinness World Records’ argument a little weak. I am by no means sure a person would die if they tried to break these fasting records, and if they really need food then a failure ought to be able to be declared!

When I found a 1999 copy of the Guinness Book of Records, I had a look to see if its abandonment of fasting records had already occurred. What I found was they had not, and that it said the longest anyone had gone without food and water was eighteen days. This was by a man named Andreas Mihavecz who was put in a holding cell in Höchst, Vorarlberg and forgotten. He had been a passenger in a crashed car on April 1 and was found on April 18. Some say he survived by drinking water from the prison wall!

My response to finding this later record was to message my brother on my mobile. He was so quick to respond I will describe the dialogue in full:
After that, I tried to tell my brother and mother that people as anti-religion as they are had verified Thèrése Neumann’s miracles. Their response was that newspapers derided by author Adalbert Albert Vogl as “socialistic” (which actually reminds me of my brother in the days when I read the likes of Sandra Bloodworth and Tess Lee Ack) told the truth about Thèrése. I would actually like to read them, but am by no means sure they would be easy to find let alone to translate. I do wish to be open to evidence that people have by experience disproved claims that people like Thèrése Neumann lived for 40 years with no food except the Eucharist, but dislike the way my brother approaches the issue intensely.
on Friday, September 17, 2010