Yesterday, the venerable TIME magazine published a list of what it considered the fifty worst inventions in no order:
The list makes a lot of sense. One could actually have said “covalent fluorine compounds” full stop instead of just chlorofluorocarbons. The ability to use electricity to convert natural ionic fluorine into covalent nonmetal fluorides is of itself a threat to life on earth. Nonmetal-fluorine bonds absorb in the atmospheric window, whose existence is necessary to keep the Earth habitable. Consequently, nonmetal fluorides are extraordinarily efficient greenhouse gases: one molecule of sulfur hexafluoride (SF6) causes as much global warming as 90,000 molecules of carbon dioxide.

The Ford Pinto, given what we know about the environmental impact of cars, is a reasonable choice given it came at the time that road capacity rose to a level sufficient to make public transport unprofitable. Crocs - not crocodiles the animals, but the coloured rubber sandals - really are ugly even if, like Birkenstocks, they can seem very trendy.

Plastic bags are something I know so well how to deal with: I use them as a substitute for standard rubbish bags, and get them instead of flawed but less damaging cloth bags only when there are no bags (or “lining” as my mother calls it) for the downstairs rubbish bins. Subprime mortgages have created a housing boom in land-surfeited Australia and led to complaints from the always-complaining mortgage belt that hardly realises how fortunate they are with low living costs. Without them, maybe, Australia would not be quite so dirt-cheap a place to live as it actually is.

As a child, I recall when it said that “present reserves of 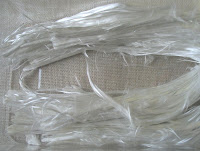 asbestos would be exhausted by 2000” that my brother called it because of its toxicity “asworstos”, which I still find really funny today. I do recall hearing PIG-type people saying that asbestos would have saved the twin towers from the September 11 terrorist attacks, but here there are numerous questions about its use. However, asbestos hardly qualifies since it is not an invention but a natural compound. Also, DDT is still used for the prevention of malaria and has had no substitute found, and what Rachel Carson rallied against in Silent Spring was essentially the overuse of pesticides, graphically showing how owing to their cheapness pesticides were sprayed in quantities far greater than maximally effective.
on Wednesday, June 09, 2010