A day in the cheap and nasty land

Today, as I collected a rebound first edition copy of Amy Lowell’s Men, Women and Ghosts – viewed by Piero Scaruffi as her best collection of poetry – I went to check for a few presents for relatives and for a Hawthorn box I had ordered a few weeks ago.

Although I knew Name a Game was relocating from the cramped inner city, I was shocked to know that it was relocating not to Epping, which would have been a convenient train ride from accessible Rushall Station, but to Braeside. Braeside is a remote industrial suburb between the Frankston and Cranbourne railways lines, and when I arrived at Mordialloc Station early on a very humid and warm afternoon, I asked where Urban Street was and none of the people there knew me except someone with an iPhone, and thought that I should try to go back to Mentone and walk down Boundary Road.

When I did this, fining Urban Street proved amazingly tough. The whole area is a large industrial complex along a wide six-land road that could be a freeway but for lacking special exits. it would be tough to cycle in even in better weather, but for walkers Boundary Road is a nightmare: there are no footpaths more than a block beyond Lower Dandenong Road, only overgrown grassy paths which I was able to walk to a number of shops to find Urban Street – and the shopkeepers did not know! I knew it lied a fair way from Lower Dandenong Road, but it was only after a while that I found it was off Malcolm Road halfway from Lower Dandenong Road to Mordialloc.

There is – or is not – a bus route down Boundary Road, whose stops can be seen as one walks along the overgrown grass. This bus – route number seven hundred and five – does not run except on weekdays during the peak hour, with a total of eight services each way. For those like me it is an utterly useless service since it does not run when my routine would permit me to be around – the shop does not even open until well after the last morning bus has gone! In cooler weather I could cycle from Mordialloc or even Dandenong (actually I would cycle in one direction if I did), but I never imagine doing so on a humid 27˚C day.

When I did find Malcolm Road, I saw the 705 bus actually turned down it by looking for the bus stop signs, but being around 14:00 that was of no use since the next bus was not until around 15:50! Once I finally found Urban Street, it was not difficult to see Christian’s wife and ask her about my games (which had come) and my Hawthorn box (which had not). I could not help saying to Elaine why Australia needs a rigid constitutional ban on road building, mandating that every last cent from both public and private sectors is invested in rail. There is simply no other way to reduce Australia’s emissions to the sole acceptable level of zero.


Once I left Name A Game, I felt no choice but to walk all the way to Mordialloc – downhill even though almost flat. By the time I saw the but stop in Governor Road at the edge of the industrial area, I was so tired I waited listening to a few favourite songs on my iPod for the forty minutes to the 709 bus – which with a rigid ban on road building (except bicycle tracks or busways perhaps) could be four minutes or less. Although I was tired and had many headaches, the trip home via Mordialloc, Hampton and the 250 bus route down Rathdowne Street was enjoyable and seeing me was a relief to my busy and potentially ill mother. 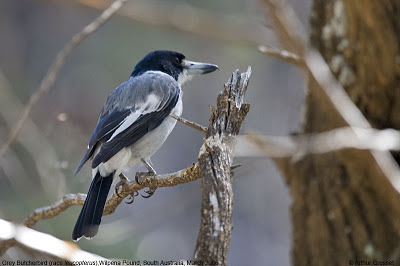 It would be a wonderful thing if visitors from the Enriched World had a good look at these industrial suburbs and compared the appalling public transport with the excellent services of Europe and Asia – which Australia’s exceptionally fragile ecology dictates it should surpass in quality because of the extremely high cost of carbon emissions. Foreigners can learn much more Australia by trying to travel on public transport in these suburbs and waiting a whole day for a 705 service – or having to wait an hour for those services that do run outside peak periods – than they can from inner cities with the less poor public transport and internationally focused academic populations. Whether Enriched World visitors see why they tolerate such poor quality services – the abundant space and low living costs – is very dubious.

It is a pity the land is so developed they cannot see Australia’s biodiversity at the same time and how different it stand from the species-poor Enriched World – though I did see a grey butcherbird in the grass and studying it can teach people from the Enriched World a good deal about birds that they would not expect, from female song to cooperative breeding.
on Friday, November 30, 2012