Thoughts on a day’s bus trip: with planning one can be sustainable even here 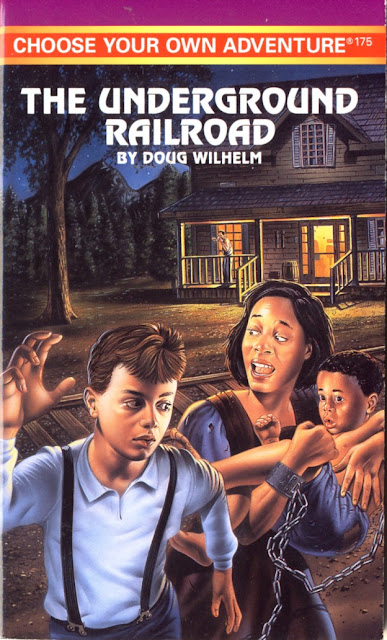 For a long time, I was obsessed with buses and alarmed at the appalling services. Most buses in Melbourne went every half hour on weekdays, every hour on Saturdays and not at all on Sundays or public holidays - even when they went past Waverley Park on match days! I often imagined most bus drivers went to church on Sundays and that the people who ran bus companies were very religious and conservative - though my brother denied this consistently and now I laugh at it.

Recently, bus services have improved very marginally, though the way to make them profitable via cutting road capacity is never taken seriously. However, I have become less interested and no longer inclined to joke about drivers spending their time praying and reading the Bible on Sundays since I know bus drivers actually work on Sundays more often than many other people.

Still, when I bought a copy of the latter-day Doug Wilhelm Choose Your Own Adventure The Underground Railroad and was offered the option of travelling to pick it up, I did not hesitate to do so even though I knew the bus services where pathetic compared to those in Enriched and Tropical World cities.

However, what is notable compared with previous trips as recently as to Mooroolbark to pick up a few old Fitzroy games, is how well I planned my trip. I actually planned the trip outwardly to Vermont South exactly at midday - as exactly as planning which 742 bus from Oakleigh Station I would travel to Vermont South. All along I read a huge selection of poems from Thomas Merton which I had bought several years ago but never put away. I was quite interesting in places, actually.

Even with only one bus every forty minutes, it was very easy for me to reach Vermont South, and with direction from kind locals I found the house easily. Better than that, I did not ask obsessive questions about where the best weather in Australia is (and I know most do not agree with me that outside of the winter the answer has to be Tasmania) and did not waste time getting back to the 742 bus.

When I got back to the 742 bus, I went to Oakleigh station and did a bit of my old “galloping” on buses: riding for the first time ever the 701 from Oakleigh to Bentleigh and the the 703 from Blackburn to North Brighton after missing a train looking around the run-down shops of Bentleigh. I will admit there is, as with my half-sister’s sunshine home, a lot of charm to run-down places when they are a bit functional. At Brighton I considered my original aim of going into the city by bus before I found it would take forty minutes and went on the train home, in the process having read much of my new book.

All in all, it was a surprisingly easy bus journey, and offers lessons for visitors to Australia. Because Australia is so fragile, it is ecologically unacceptable to ever use cars or planes unless there is no remote alternative, yet the public transport is appalling without really good planning With such planning, however, it would be possible to travel more quickly than even I did - a satisfactory result one would guess for a tourist in the city.
on Saturday, January 19, 2013