A second trip to Braeside

Today, in an effort to talk to Christian Ganaban about three games I had sent him early last year but still have not been returned, I planned a trip to the new Name A Game office in Braeside.

Early on, I thought I might take my bike to Dandenong Station, but because I feared my bicycle would not be expected on a peak (though “counter-peak”) train, I chose to try to get the peak-only route 705 bus. I woke up amazingly early for me at 6:00 and was in the city by 7:00 and at Mordialloc as early as 7:48, where the 705 bus was directly waiting!

The 705 bus, given there are only eight services per day, was surprisingly crowded, and it was not long before I was in Braeside. After that, I had no trouble finding Name A Game, but as I expected it was firmly shut and so I took an hour’s walk around Braeside to familiarise myself with the place and obtain some much-needed exercise. In the process, I walked down a drainage root dry from the drought and was worried I would be caught, but I found myself in a more familiar place than before at the next exit.

Once I was confident the store would be open I went back in and waited very patiently before talking to Christian Ganaban. A dearly-wanted game between West Coast and Adelaide from Round 10 of 1992 he said was not available because the master was totally staticky and AFL Films did not have a copy, and then he said three 1980s games I had traded for were not yet ready. Nonetheless, Christian did, after some discussion that even he finds repetitive about why people have no interest in these games, offer to give me three trades already: Richmond v Adelaide from 1995, Richmond v Hawthorn from 1995 and Geelong v Footscray from 1993. Unfortunately he had no Richmond or Geelong slips, but I was willing to wait. 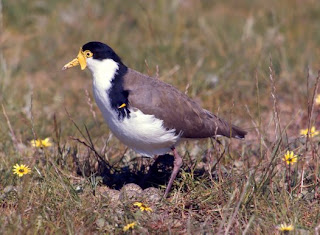 After this, I went back to Governor Road in reasonable, if not perfect time for the 709 bus that leaves at 48 minutes past the hour. Looking around Braeside really shows how Australia should try to blend all the parks surrounding the  into a full-scale conservation area to help protect its unique species – though with the grass fires in Seaford this could be difficult in bone-dry weather. There is just too much bushland to allow for it to be destroyed for housing in such a fragile environment. I even saw a Masked Lapwing, which was surprising given such bone-dry weather.

I then went on the so-called SmartBus to Box Hill and then a much-changed 735 route to Nunawading. (Route 735 once went down Middleborough Road and to Upper Ferntree Gully; then went via Elgar Road and Riversdale Road only to South Blackburn; and now goes via Foch Street and Haig Street to South Blackburn and Nunawading. The shared component of all 735 routes is via Fulton Road, Eley Road and Royton Street). On the 735 route there were more people than I expected, and as I recall it was scenic even in the bone-dry weather with dry sandy soils, but some of it was really hard on the back streets and one sees why the PTUA is so critical of having buses use them. Buses cannot go frequently if they must use back streets or they might meet each other on a street too narrow!

After reaching Nunawading, I had a look at one of the diminishing breed of secondhand bookstores and was impressed by some of the conversation between a customer and the shopkeeper about England’s poor immigration policy that has allowed Muslims to invade London. The woman who was talking seemed – as I would expect for outer suburbs – quite like the Politically Incorrect Guides in her viewpoints: she seemed to believe in Intelligent Design as well as being critical of Muslim migration. Unfortunately, I could not find anything to buy myself, so I went home by train after an hour, ending an unusual but enjoyable day out with a lot of football to watch.
on Tuesday, January 22, 2013