Today's article in the Huffington Post by Jeremy Xu, titled “Climate Change: Countries That May Be Hit Hardest” constitutes one damning account of the inhospitability bought about by high taxes and unaffordable housing in the cool, low-fragility countries of Northern Europe. 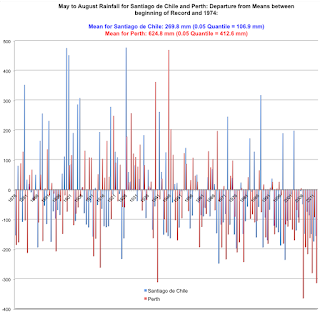 What it shows is that it is the very low-growth, high environmental standard and high-tax cities of Northern Europe are least at risk from changes they try to combat directly via their effective renewable energy campaigns more and more efficiently than any other country. Their regular seasonal climates and highly fertile soils allow them to support dense populations at very low ecological cost. Xu shows that this will become of much greater importance the tropics suffers even more intense droughts and floods.

Mediterranean climates, as southwestern Australia and central Chile have been doing for some time now, are seeing something historically considered severe drought become their new climate.

Easing Northern Europe’s welfare states’ debts requires immigration or higher fertility to provide more workers to support the elderly and government. High taxes and extensive government regulations make it impossible for potential migrants or childbearing couples to find a tolerable ratio of housing space to cost. Even the most well-intentioned laws regarding energy efficiency, renewable energy and land conservation may in young and low-diversity Northern Europe exacerbate this.

In fact, energy efficiency gains and greenhouse emissions reductions by countries like Denmark, Sweden and the Netherlands are of little value in the global scheme. As these nations lose population from low fertility and immigration it simply cannot be thought their global influence will remain as high as it is today.

If Australia and South Africa cannot achieve extremely high levels of conservation and a carbon-free economy, environmental achievements of the heavily glaciated far northern lands will become valueless. These lands have higher fertility, vastly more “non-intellectual” resources (flat land and mineral), lower taxes and less intrusive governments, so that in the long term the “superpower” will be Australia and not China or India as far too many naïvely think. People in all nations – hot or cool – affected by global warming must head straight to Canberra or Pretoria and try to challenge their right to pollute by cheap coal power and methane-intensive farming on land naturally totally unsuited to agriculture. The people who bear the blame and need to be sued for any global warming related disasters are Australia’s farmers, road builders and coal mining companies – nobody else!

This is a much tougher route than heading to their own governments or businesses: it costs time and money that people in Tropical World countries do not possess. Even in Australia, people affected by bushfires and floods this summer have proved themselves unwilling to face who is to blame (coal and car companies, along with methane-generating farmers). What chance is there, especially with education on ecological issues so flawed, that poorer Tropical World people, even faced with costly disasters, will do anything?
on Friday, February 01, 2013