A long time ago, in a day when I was much more naïve than I am today, people close to me were outraged at Pauline Hanson’s call to “print more money”.

Typically, extreme printing of money is associated with radically socialist nations at the opposite end of the political spectrum from Australia. Outside the academic communities outsiders visiting Australia typically see, the country always seems to me to be much more conservative than my brother recently told me it is. Although my brother said 73 percent of Australians would choose Obama over Romney, it often feels quite different to me given Australia’s woeful ecological record ever since European settlement. 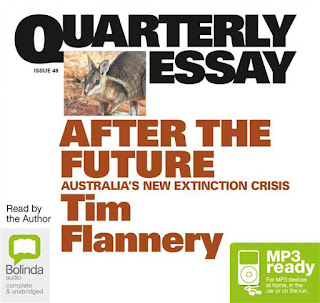 In the political notes to his excellent recent article After the Future, Tim Flannery suggests that many Australians are turning towards the “libertarian” policies of Tony Abbott, involving eliminating the carbon tax and emissions targets. Such is firmly suggested by recent polls that suggest most Australians really want unrestricted greenhouse emissions rather than pay via dearer energy and housing and reduced privacy for a policy approaching sustainability.

One then wonders how One Nation (which was in fact the original representative of this ultraconservative “community culture” that has totally disappeared from the Enriched World) would argue for the printing of more money even when Australia was in major debt.

The answer, although I never thought of this in 1998, is that to benefit its major rural constituency, One Nation wanted to print more money to flood the international currency market with Australian currency. It is quite different from printing money to help poor people in debt with social welfare or debt payments. (Although hyperinflation can wipe out what money the poor do hold, no economist of any school believes that the very poor are worst hit by extreme inflation).

Flooding the market with Australian currency would cause undervaluation of the exchange rate below even the level of 51¢ US that the dollar fell to in 2001. This would make Australian exports cheaper, maintaining and increasing the viability of many small farmers who felt threatened by globalisation at the time One Nation became prominent. Deliberate undervaluation would also maintain the viability of uncompetitive manufacturing jobs which have closed as the dollar appreciated. From a moral perspective it is plausible that some would recognise how undervaluation of the Australian dollar could keep out much foreign art and literature with libertine moral values, even in the age of the Internet.