One thing that strikes me about the more extreme sceptics of global warming is how they seem to take so much of their utterly imaginary and ridiculous "liturgies" of their so-called "Church of Global Warming" from Islam.

For instance, saying "Praise be to Algore" is exactly like "Praise Be to Allah" of the Exordium or opening chapter of the Qur'an, and they even borrow from Christian Churches whom most sceptics are devout members of. 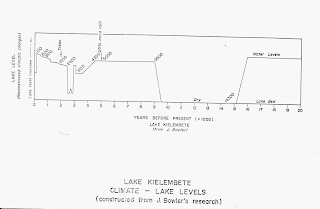 evidence of past Victorian lake levels compared to present complete drying shows conclusively) as a god rather than as a hero for his research into a critically important topic.

Another aspect of the way greenhouse sceptics view global warming advocates in a way exactly akin to Muslims can be seen with the symbol for the so-called "Church of Global Warming" The crescent and star suggests in a silly way how global warming believers are supposed to want to run people's lives in the way Muslim clerics do. Even if in Australia alone restrictions of a punitive nature might be necessary to deal with real or potential ecological devastation, even scientists called "alarmist loons" by sceptics actually do not believe in abolishing freedom or democracy like Islamic activists do.

All in all, knowing these people I wonder why sceptics don't speak of a "Mosque of Global Warming". Calling it a "Mosque" would fit much better with the way these people:

- speak of Islam as a cult (à la Srđa Trifković) and do the same with global warming
- see believers in global warming as ignoring a huge amount of evidence (which is actually phoney evidence without exception) because of devotion to people like Al Gore and consequent indoctrination like in mosque schools with the Qur'an
- see both Islam and global warming as threats to core values of Western, Christian civilisation
- see both as religions competing with Christianity for human souls

The absurd "rituals" spoken of by greenhouse sceptics really should be further ammunition to support the reality of man-made global warming, and it's a pity nobody has though to use them as such.
on Wednesday, May 14, 2008