An article from the free-market Mises Institute gives a quite rational look at the unwillingness of conservatives (which includes most young Melburnians) to see that only measures to uncompromisingly outlaw private registration of motorised vehicles and end coal-fired power could have saved Melbourne from the forty percent decline in rainfall and eighty percent decline in runoff that has occurred since 1997.

His point that “Libertarians are as subject to reflexive, partisan position-taking as any one else. Because they are reflexively opposed to government action, they find it easier to try to bat down AGW scientific arguments...” should be taken seriously by everybody. Knowledge by Australia’s conservative, fertile outer-suburban populace about how masculinisation, secularisation, welfare states and restrictive development policies is causing lowest-low fertility in Europe, Blue America, Canada and New Zealand makes them reflexively opposed to big government intervention to combat Melbourne’s water shortages.

Austrian economics theorises that private ownership will ensure that water is priced according to its scarcity and that if it becomes scarce enough, prices will rise enough to reduce usage.

The problem with this theory being applied to water in Australia is extreme variability of runoff.

In Australian rivers, the difference between the largest and smallest annual flow is three orders of magnitude as against one order of magnitude for rivers in Europe, Asia, New Zealand and North America. Water prices would under the complete private ownership regime of Austrian theory naturally become either very high during dry periods or extremely low in wet ones. However, because persistence of wet years in Australia under non-anthropogenic climate conditions is thought to be greater than persistence of dry years, there is grave danger that owners used to wet weather would be unprepared for drought – even a short and non-anthropogenic one.

Moreover, it is hardly likely a private owner of Melbourne’s water sources would be able to know that runaway declines in runoff would be an inevitable consequence of carbon dioxide levels above 330 parts per million. This was unknown until a few years ago – well after Melbourne’s rainfall shifted to a new regime in October 1996. A private owner of Australia’s rivers would, if he knew the threat, be obliged to totally outlaw petrol, diesel and coal-fired energy (a là the 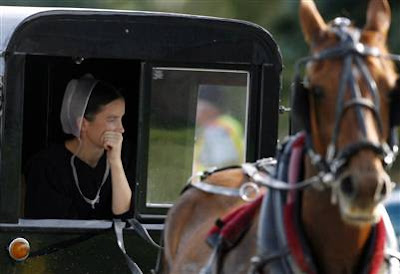 In a pure private property society without any government, as advocated by the most stringent Austrians, it is hard for me to see how there could not be disputes with a river owner demanding these bans, unless the water supply owners owned the entire catchment area and knew scientifically why bans on cars and electricity were essential for maintaining supply.

If a private owner of water sources in southern Australia did not know the maximum carbon dioxide level at which rain-bearing cold fronts regularly form, he would be forced when the climate dries with global warming from road transport and coal-fired electricity to ask exceedingly high prices for water.

At such a high price, desalination, which is itself extremely greenhouse-intensive and thus makes global warming worse (people will need to drink more in hotter weather even if savings are possible elsewhere), will become economic. One can hardly expect that private developers completely unrestrained by government would fail to build a desalination plant just as the government – unwilling to abolish private vehicle registration and coal-fired power – has been forced to do by the most radical climate changes in southern Australia since the ice age ended.
on Wednesday, September 17, 2008