An always-forgotten contrast: simplicity and frugality

One common myth is that the lower consumption of Europeans and East Asians versus people in Australia and North American really means they have simpler and less materialistic lives. I can testify, however, from having lived in Europe for a month during the Australian summer of 2006/2007, the the life people in Europe and one presumes East Asia lead is anything but "simple".

It is also, contrary to what many perceive, 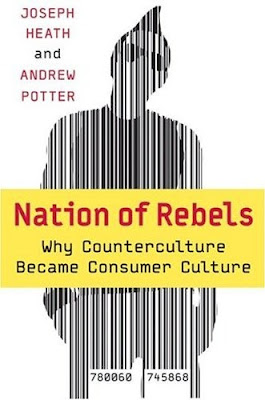 exceedingly "consumerist" with a much greater variety of choices that is available in Australia leading people to want much more and also to want the most individual things possible. This is especially true of non-essentials like music and literature, where the much greater variety available in densely populated regions encourages radical tastes compared to the extremely conservative musical tastes of outer suburban Australia and Red America, where markets are smaller and only distinctly commercial music is viable for local selling.

I have long felt I have to explain these issues, but the author of a site called Blessed Simplicity does this very well. She points out that simplicity is ideally characterised by:The author contrasts this with "frugality", which she sees as There is still some points that are overlooked.

One is that trying to buy the very best good is a form of materialism - indeed the form of materialism so harmful it seems to Europe and East Asia today, as Heath and Potter point out so well. Another is that if there is "frugality" in Europe and East Asia, it is forced by economics to achieve the living standards they do - even if they are not as high in many ways as those of Australia and Red America.

Still, the distinction between "simplicity" (always voluntary) and "frugality" (often if not usually forced) is one so seldom made I cannot fail to take note. It is critical for any person critical of the hyper-materialism that, as fertility rates show, is threatening most of the world today.
on Friday, August 28, 2009