How uninformed people are!

One of the greatest problems for the drastically needed step of rocketing Australian petrol prices out of the basement is that people who cycle or use public transport are quite incredibly uninformed about the relative cheapness of petrol throughout the world.

People who drive will naturally say petrol is expensive, but the big problem is that even people who have never driven do the same.

What both drivers and non-drivers should know but do not is that Australia's extremely limited and variable runoff should oblige it to have by far the least cheap petrol in the world. All in all, Australia's runoff averages about six times more variable that that of Europe, East Asia, New Zealand or most of North America, due to its extremely poor soils requiring specialised rooting systems like 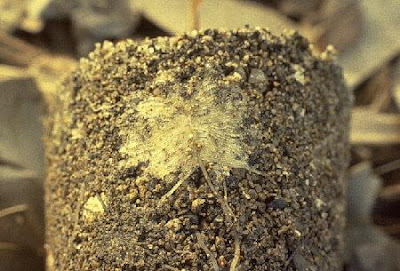 proteoid roots to absorb minimal nutrients. This severely limits runoff ratios in Australian catchments: for example, the pre-1997 Yarra River had about the same gross precipitation as the Willamette in Oregon but only a third the runoff intensity. For drier catchments, the difference multiplies: the Avoca River in western Victoria has only a tenth the runoff intensity of "Bright Angel Creek" (from Tom McMahon) in Arizona. Reductions in rainfall equivalent to those that have occurred since 1997 are sufficient to dry up Australian rivers but an equivalent reduction in Europe, East Asia, New Zealand or North America would have only a proportionate affect upon streamflow.

Thus, Australia has on obligation to maintain greenhouse gas levels within a certain range that is not shared by other developed nations. Because the relative cheapness of fuel correlates well with fuel consumption and hence greenhouse emissions, it is thus logical that Australia should have the least cheap petrol prices in the world.

It is really time that every Australian (whether or not they don't drive) is informed of the immense ecological gulf separating us from other developed nations and that consequently much higher (rather than lower as at present) fuel economy and public transport standards are required for every place in the continent.
on Wednesday, April 23, 2008