Recently, my long time contact Sharon Astyk - who offers a good look at the potential for a major global food crisis in A Nation of Farmers, a book which I bought whilst on holiday in Massachusetts last summer – has written two articles titled Why I Hate Earth Day and Why I Hate Earth Day II.

Astyk’s main focus is on the extreme commercialism inherent in the “Earth Day” programs, and how this offer no incentive to use less, which is the only answer to the ecological crisis we suffer. I do not think myself that extreme commercialism necessarily is the reason people use so much, for Australians – the most lavish and energy-inefficient people in the world – are exposed to much less commercialism than Europeans. The problem is that Australia’s dirt cheap cost of living – especially of electricity and fuel – means that people who are not at all greedy or selfish consume more than Europeans who are extremely so. My experience travelling abroad shows how Australians, who prefer low quality at a low price to more efficient and expensive toilets, showers and stoves, would have great trouble with any of the utterly essential suggestions of Sharon Astyk:


It involves using a lot less of that thing – cutting the amount of shampoo you use in half, and then half again and seeing just how little you can use and still have passably clean hair. It involves thrift shops and mending and creative reuse – and hard work and thought about whether you really need something.

As a frequent user of secondhand bookshops, I understand the value of thrift shops even though most of what they provide is anything but useful. I find that the Internet can be a very useful source of cheap and long-lasting goods – especially books. I also do know that I have over the years – fueled by the cheapness of living in Australia, most especially in suburban Melbourne – consistently used far more of everything than my mother tells me I should. It is too a certainty that I, along with the vast majority of Australians, would use less of everything from electricity to detergents if prices were less cheap.

Whilst I agree wholeheartedly with Astyk about the need for campaigns to use less - most especially in Australia – even more enlightening is Bill Kauffman’s article To Hell with Earth Day: Long Live Arbor Day! Although I have numerous reservations about Kauffman calling for 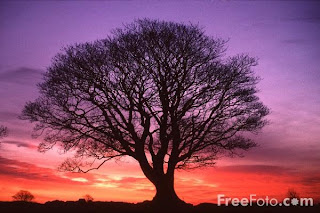 tree planting in areas where, owing to the fertility of the soils, grasses and not woody plants were the natural vegetation, I agree totally with Kauffman that something useful must be done to protect the environment in regions where vegetation clearing has disturbed the ecology. Although clearing is by no means confined to Australia, the difference between Australian soils and all soils in areas from which temperate crops originated is such that its effects:
are much greater in Australia.

However, forests are likewise by no means natural in most of Australia. Only in the north and small areas on the east coast in rainfall adequate for forests, and in the north fires rule them out entirely except in a few gorges. Instead, the natural vegetation on the vast bulk of Australia outside of the crescent-shaped arc between Singleton and Birdsville where at least some soils are fairly supplied with phosphate, consists of shrublands with very deep and dense root systems that are extremely efficient at attracting water and nutrients. (In fact native Australian plants cannot thrive on European soils because they are too rich in phosphate.)


And that's why I'm a skeptic about Earth Day and Earth Hour and anything that has you be green for a weekend or a day or an hour.

I am very interested in the desertification of Melbourne. Could you perhaps propose some areas where it may be appropriate to purchase property with reference to longer timeframes?

“Could you perhaps propose some areas where it may be appropriate to purchase property with reference to longer timeframes?”,

Global warming is certain to make this region (including Tassie, which historically has the best weather in Australia) into the core of the subtropical arid belt, whilst the former arid zone becomes part of the monsoon belt and will not become more productive with increasing rainfall due to soil leaching.

You can find many urgings to revegetate southern Australia with native flora on my blog. In fact, I think that the Antarctic Treaty, which had its fiftieth anniversary a year ago, was an enormous ecological error: an Australia Treaty to protect the one continent bearing real resemblance to the norm of geological history was needed.