Some change for the PIGs 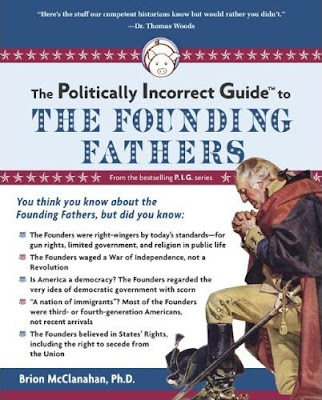 One thing that has changed a little in 2009 is the PIG series that - despite having not the slightest trouble in recognising its limitations - I continue to follow to see if it can provide me with a challenge.

In late 2008, Regnery said the next PIG would be the Politically Incorrect Guide to the Vietnam War, and that this forthcoming title would be published in April this year.

However, because of the growing economic crisis and the election of Obama, Regnery decided to change their plan and Robert Patrick Murphy became the first author to write more than one Politically Incorrect Guide with the PIG to the Great Depression and the New Deal. I have talked quite a bit with people about this one and even, whilst visiting one of my half-sisters, watched Robert Patrick Murphy himself talk about the question of the Great Depression and why the New Deal failed to end it. The PIG to the Great Depression and the New Deal is actually rather better than I thought it would be because it goes into considerably more detail about how the Great Depression happened than did Thomas Woods' first PIG which I have never been able to admire because it omits far too much. Murphy was even willing to accept my point that World War I helped cause the Depression by making free-market solutions politically unacceptable. I wonder what he would say if asked about what caused World War I itself. Most historians believe World War I reflected deep structural weaknesses in the political system of Europe, but given the great knowledge of these Austrians, I imagine they could find a serious refutation.

However, it seems that there are still problems with the Politically Incorrect Guide series despite something of a success at their third attempt on the Great Depression. Regnery's next book will now be The Politically Incorrect Guide to the Founding Fathers, and merely looking at its cover makes one doubt that it answers the question of the Founders' views on key issues that makes them hated by people today.

However, the next book, 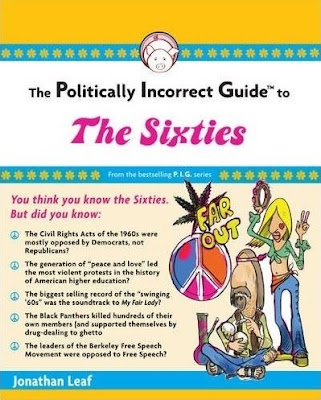 The Politically Incorrect Guide to the 1960s, is even more problematic. Jonathan Leaf, its author, makes the probably-correct claim that "Dean Martin was topping the Billboard charts - not Jimi Hendrix", but what Leaf seems unable to recognise is that from Joe S. Harrington and David Keenan I know perfectly that Hendrix's albums made the Top 10 on Billboard and comparably-praised artists from ten years later like the Minutemen and Minor Threat never dented the Top 200 - something even the Velvets, Stooges, MC5 and Captain Beefheart all managed at least twice at various points. If you look at what David Keenan wrote in his Best Albums Ever...Honest one does indeed see that it was in the 1960s that cutting-edge music sold in ways not seen except perhaps during the late 1980s since the "punk revolution". Other critics have analogous opinions.

From what I know, Regnery would be better writing a Politically Incorrect Guide to the Reagan Era (or some similar title). Looking in a politically incorrect manner at the late seventies and eighties could offer something much more revealing and also offers a great deal of room to expand on. One exceedingly politically incorrect thing I imagine a Politically Incorrect Guide to the Reagan Era might say, following on from Hans-Hermann Hoppe, is that commercial radio was really much more farsighted than noncommercial radio and did a service protecting Americans from the decadence of punk and rap. America reversed Europe's move towards a self-centred secular culture precisely at the time punk tightened those traits in Europe and record companies were, as Harrington says, tightening their rosters. Because punk emerged on a European radio system monopolised by government, there would be a lot to say that could be potentially interesting and even original about how private radio owners really care much more than public ones about the ethics their users inherit.

Moreover, there would be interesting things to say about Afghanistan - a subject mishandled by one of the worst books in the series (on the Middle East).
on Friday, June 12, 2009